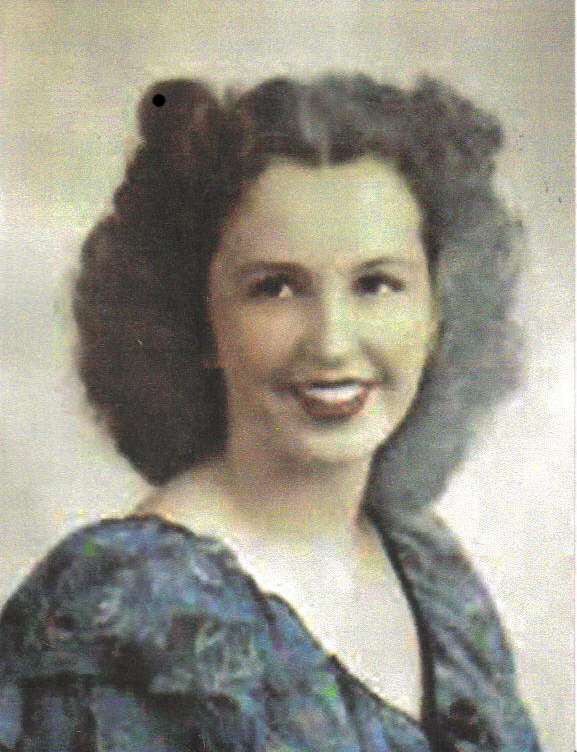 In the fall of 1958, after going through quite a period of suffering from “female trouble,” Phyllis reluctantly decided that surgery was the only solution. She was admitted to Pasadena Memorial Hospital.

At the time, we were living in the nice house that we had built in George McCarthy’s tract in north Apple Valley. George McCarthy was the owner/proprietor of the Dude Ranch where Phyllis had stayed, with so much enjoyment, in 1940 when she was 16 years old.

George McCarthy’s ranch included many acres of grazing land and, now, with all of the growth caused by the Apple Valley Ranchos development, Mac was going into competition with the Ranchos and starting his own tract. Mac needed a house in his tract to give the tract credence, so he sold us a lot at an unbelievably low price on condition that we build immediately. We bought the lot and built the house.

Phyllis’ doctor, Dr. Skelton, who was an excellent physician and surgeon, did a super job on her. Her uterus and ovaries were in bad condition. While they were not malignant, they were in such bad shape that he had to remove the uterus and one-and-one-half ovaries. He left half of the best ovary so that Phyllis would not lose her sexuality.

I thank him for that, but when he came to tell me about what he had to do, he scared hell out of me! He was so somber when he started talking that I thought, “He must be going to tell me something really bad.” I was so relieved when I understood that she was going to be OK.

A little historical aside: Dr. Skelton had all of the latest innovations in his office, so when tape recorders made their debut, he gave us his now, obsolete, wire recorder.

BUT! Almost as soon as we had taken her to the hospital,

I SOLD THE HOUSE!!
There is a saying that: “A contractor’s house is always for sale.” The way I saw it, we could make a profit on it and we could build another house. However, there wasn’t much time. Phyllis would be in the hospital three weeks. (Hospital stays were longer then). But we, the kids and I, had to find a place to live and we had to move! So, that Phyllis would have a place to come home to!

We solved this by moving into what we called the, “bad house.” The bad house was so named because it was being compared to a house that Phyllis and I were planning to build. Phyllis and I had made an offer on a lot on the west side of Riverside Drive. The lot went right down the Mojave River. We had been assured that our offer would be accepted. These river lots had an area of about six acres. The five acres closest to the river were not buildable, because they were below the elevation of a “100 year flood, ” but it still left a beautiful one acre building site and five acres of wilderness right down to the river—perfect for Phyllis and me. I had drawn plans for a very nice house with an indoor swimming pool that had a retractable glass roof that could be opened in the nice weather.

It was at the time that we were doing this bargaining and planning that we were building, what became known as, the “bad house,” for a couple named Smith. We had sold them the lot and the “to be constructed” house as a package and had assisted them in obtaining financing.

Along about the middle of the construction, the Smiths split! They wanted out of the deal! So we let them out. We took over the loan and finished the house as a spec house keeping the amenities low to keep the cost down. Of course we had no intention of ever living there.

We called the planned house on Riverside Drive the “good house” and the house on Rincon Road the “bad house.”

Sometime before Phyllis went into the hospital, the Riverside Drive lot was sold out from under us! Some one had offered to buy it for the full asking price which was higher than our offer!

When Phyllis went to the hospital, we were living in the quite comfortable house that we had built in George McCarthy’s tract.
Now she would be coming home to the “bad house!”
We, the kids ages 14 and 9, and I had to do something to the bad house so that it would seem like home to Phyllis when she came home from the hospital! We had less than three weeks to make the improvements to the bad house and to move!

At the time of Phyllis’ hospitalization we were quite busy in the building business. Now, I had to carry on without my partner/helper and on top of that, the kids and I had to vitalize the bad house and move!

WE TURNED TO AND DID IT!!

The kids and I got up at 4:00 AM every morning and pulled like a team with each doing just a little bit more than he or she was able to do, then at the proper time the kids would go to school and I would go to work. That evening we all would hit it again until we were so tired that we just had to quit.

To facilitate the move, we disposed of some things that we felt weren’t needed. We heard about some of this from Phyllis for several years! One thing that we disposed of that I later wished that we had kept was a collection of old 78 RPM phonograph records. This was 50 years ago and some of those records were 50 years or more old at the time. It would be just great to have those old records now!

Our method of disposal was just as improper as the act of disposing. In those days it was considered possible to throw things “away.” Not much emphasis was placed on “littering.” There was so much space, so whatever you didn’t want, you just threw “away.”

Since we had these records to dispose of, for a little diversion and a break from our hard routine, we, the kids and I, sailed them like Frisbees. One at a time, out into the desert! Then we went back to work on the bad house and the move.

The bad house had a corner fireplace with its back to the kitchen, its front toward the living room and its open end facing the dining room. The fireplace opening was only three-feet-wide for the sake of economy. We, with some help from my crew, ripped out masonry and did some “in place” welding to the iron support and increased the opening to a generous four feet wide.

The house had only a washing machine connection in the garage and no provision for a drier. We plumbed, wired, and installed a stacked washer/drier combination—using what had been a low cost closet in the hallway.

The bathrooms had only wall hung lavatories. We built cabinets and installed Pullman lavs with Formica counters. We painted. We bought and personally hung nice draperies throughout the house.

All in all we changed that “dingbat” into a very nice little house in short order.

The move was accomplished by just the three of us, using my Jeep pickup with the lumber rack.

When Phyllis came home to her refurbished house she was astonished and appreciative. She had remembered it as it was when we named it the bad house.

We quite happily lived there for a couple of years. Jim practiced driving the Jeep pickup on the dirt/mud road. The road finally got paved.

We later traded the former bad house to Harry and Eileen Bloom for a vacant lot on Winona Road and a house trailer which I painted, of all things, pink and blue to match our station wagon (blue) our ski boat (pink). We pulled the trailer to Lake Mojave and enjoyed it as a comfortable base for our water sports.

The vacant lot that we got in trade from Harry and Eileen Bloom became the site of another “hurry up with a house story.” In 1959 we built a model home on Highway 18 in Apple Valley. We showed it for about a year and then moved into it. It was a real nice house that included a swimming pool with a water fall that we could sit under.

One day a potential buyer showed up. We talked and dickered and we finally sold the house to him with the provision that we would have a 60 day escrow. The sixty day escrow was to give us time to find a place to live.

We decided to accomplish this by building a house on the lot that we had traded from the Blooms. I got on the drawing board and in short order designed a pretty nice medium sized house. Then I hightailed it to the Building Department and told head inspector, Jim Collins “Jim, I need a Building Permit right now!” Things were different then—less bureaucracy, more action and cooperation. Jim Collins said, “I can’t have it done until tomorrow.” I said, “OK” and started my crew on the job.

Fifty-nine days later we had a final inspection and moved in! Of course there were still some little things to be done but we were out of the former model home per agreement, and into our new quarters!

We later sold this 59 day house to local grocers and good friends John and Pat Weldy.

Besides John and Pat, both of their sons have lived there. Their elder son John Weldy the 3rd and his wife, Kim live there now.