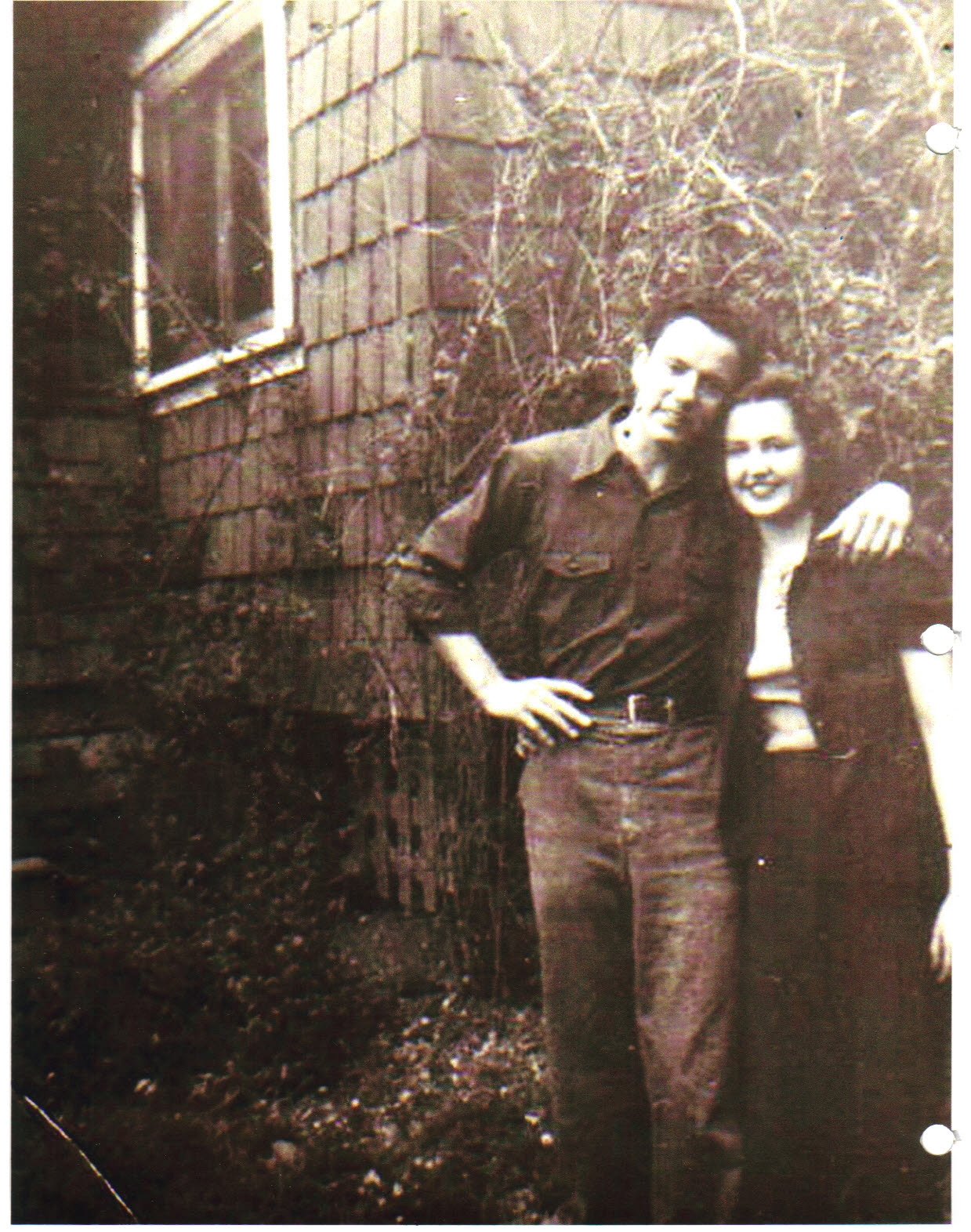 PHYLLIS AND BRIAN BREAK IN

This is a story that 90 year olds do not usually tell to their children and grandchildren, but my memories of Phyllis would be sadly incomplete with out it.

Before Phyllis and I were married, our favorite place was a little valley named Chillao in the mountains above Flintridge and La Canada. It was reached by the Angeles Crest Highway, which went all the way over the mountains to the desert. It was about a half-hour drive from the urban area. There were lots of little roads branching off into the pine trees, a perfect place for young lovers who would like to be alone in a pristine environment. We went there often.

One night we took a little side road that we had not been on before, and we came to a clearing with 5 or 6 cabins in it. There were no cars at any of the cabins so we presumed, correctly, that no one was there.

For a reason that I still don’t fully understand, except that it seemed to be such a neat idea, I decided to see if we could get into one of these cabins. I found a door that would open and I opened it and we went in.

It probably ranks near the top of the most stupid things I have ever done, but it is what I did. The owner of the cabin or some of the other cabin owners could have shown up and caught us, or any number of things could have happened that could have got us anywhere from embarrassed to arrested.

There was firewood and a fireplace with a big wooly rung in front of it. So we built a fire and settled down on the big wooly rug, and made love, (to the extent that Phyllis would allow, which wasn’t as much as I wanted, but, after all, she was just 16 and I had to give her time.

In due time, we straightened things up and left. As I say, it was a stupid thing to do, but we got by with it and it made a memory that lasted us almost 69 years.

How many memories can do that?