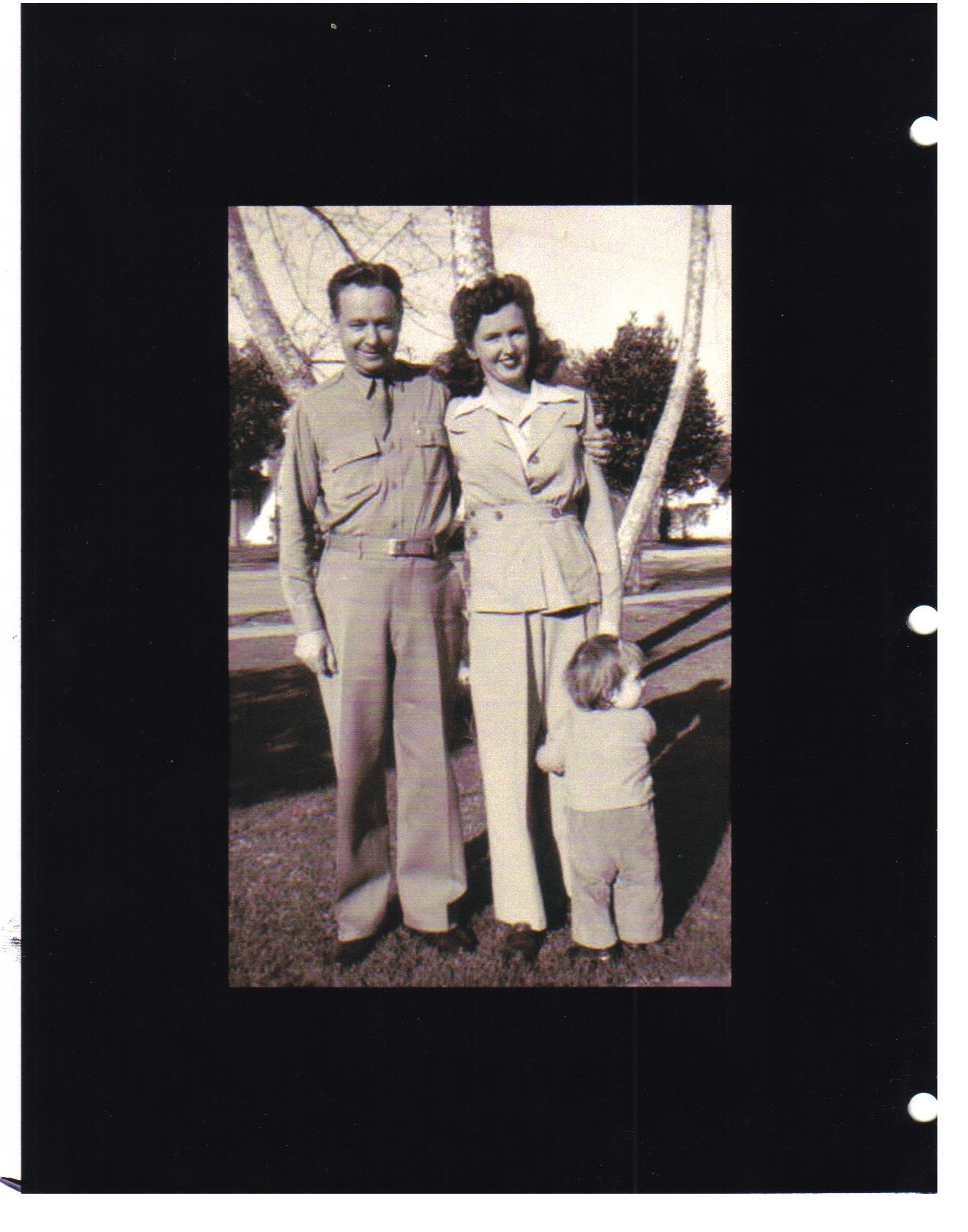 Just before I was discharged from the Navy, Phyllis and Margie had gone to live with my parents. My parents lived in a rented caretaker house on a big estate in Altadena. The house consisted of one big room that served as a kitchen, a living room and a dining room, and two little rooms that had been added on that served as bedrooms. The bathroom was in a rather primitive basement. The addition of Phyllis and Margie made it pretty crowded.

Before I was discharged, my brother Joe was laid off from his job in a shipyard near Vallejo, CA. He and his wife, who was also Phyllis’ mother, came back to Altadena and, having no other place to go, also moved in with my parents.

Then I got discharged and moved in, too. This made 3 couples and a child living in this primitive little place. It was mighty tight.

Phyllis decided that we just had to get out of there, so she went house hunting. It was tough because there were a whole lot of new civilians doing the same thing and no new houses had been built in several years.
By a stroke of luck, she almost immediately found a cute little one bedroom house in Montrose. It was for sale for $6,000. It was of recent (just before the war) construction, and it was just a little doll house. It was closer to Lockheed, where I had gone back to work than my folks place was. There were five other people, there in the office, wanting to buy it but none of them could come up with the $3,000 down payment right now, so Phyllis who was now a sophisticated, worldly 20 year old, said, “If you will hold it for me I will be back this afternoon with the $3,000.” The agent agreed, and so Phyllis jumped on a streetcar and headed for her father’s office in Los Angeles.

When she got there, she said to her father, “Daddy, I need $3,000 right now” and told him the story. By now her father had come to believe that the Phyllis and Brian combination was just the right thing, and being able to do so, he wrote her a check. She returned to the real estate office, where there were still people waiting to see if they had a chance, presented the down payment, and bought the house. All this while I was working at Lockheed and knew nothing of it.

We lived there for a couple of years and then sold it for $7,000! We thought we had really pulled off a deal!