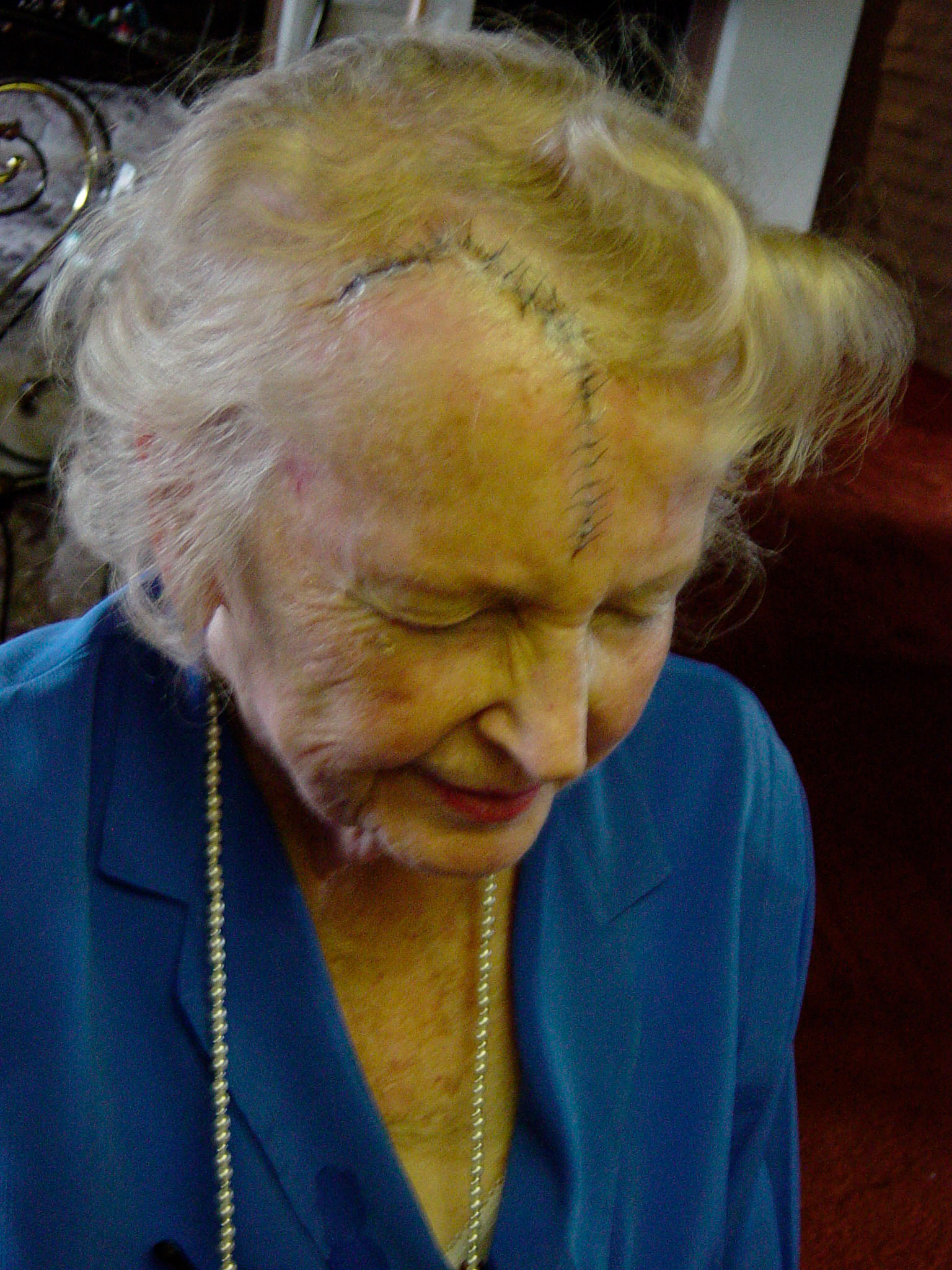 In late September 2005, Phyllis and I and a whole lot of other people attended a fund raiser sponsored by the High Desert Community Foundation, of which our daughter Margie was the president, at the Apple Valley Inn. Margie had gotten us seats at a table right by the stage and we were sitting there sipping a glass of wine.

I excused myself to go to the restroom. When I came back, the music had stopped and people were standing around some one who was down on the floor. Someone stopped me and told me that Phyllis had fallen. I pushed through the crowd, telling people that I was her husband.

Phyllis was lying on her back and a man was holding her head with a white napkin with a little blood on it. The man was a doctor and he was holding her wound closed. He held it until the paramedics arrived.

As she was lying there she had a half smile on her face and looked so pretty that I was proud of her, even in these circumstances. It seemed like she just couldn’t look bad.

The paramedics did a great job of putting a temporary bandage on the wound and getting her on a stretcher. I rode in the ambulance to Victor Valley Hospital with her. Darren and Margie arrived in her car.

It was cold in the ER. Winter was coming and the heating system was not working, so the workers would bring the visitors, as well as the patients, hot blankets. They were all doing as well as they could to keep things working.

The ER doctor was first class and would have had her sewn up right away except that the ER protocol calls for a cat scan evaluated by a Radiologist be done before closing a head wound. It was night and it was Sunday and although they took the CAT scan, they could not find a Radiologist to evaluate it. Finally, after waiting several hours the ER doctor decided to sew her up without the Radiologist’s evaluation.

Margie and Darren and I stayed all night and we took Phyllis home in the morning.

Her wound healed nicely and though it went from just above her eyebrow to way up on top of her head, requiring 27 stitches, it hardly left a scar.

Phyllis told us that she did not attempt to break her fall with her arms because she was afraid of hurting her shoulder.

It appears that her head did not strike anything except the heavily padded carpet, but her head struck the carpet with a sliding motion that simply tore her scalp.

A little over a month after this, she would get a shoulder replacement.