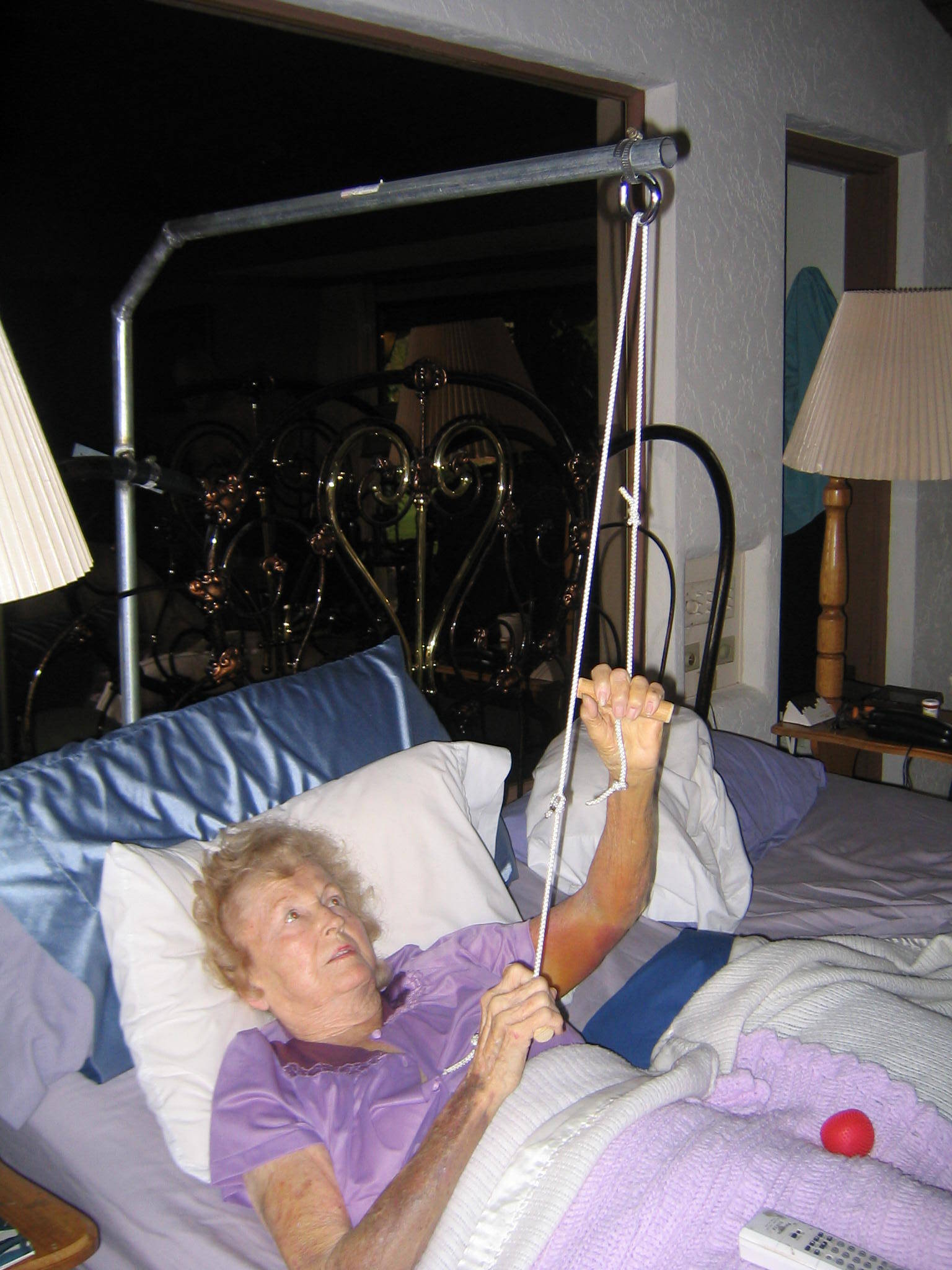 PHYLLIS GETS A NEW SHOULDER

This is not a fun story, as most of them have been, but it is part of the memories.

On November 5, 2005, Phyllis had a shoulder replacement. She had been suffering severe pain in her left shoulder for about a year—in spite of her pain medications.

This pain brought an end to our love life, which had been long and strong, as the pain was so severe that she could not stand to be touched.

We, the family, urged her to have a shoulder replacement. She did not want to have surgery. She would say, “I’m a coward.” But the pain got so intense that she finally decided that she just had to do it.

The surgery went well. Jim and Margie and I all stayed in Santa Monica the four days that she was in the hospital. Jim stayed in the room with her all the time including nights except when Margie or I were there with her.

When we got her home, I rigged a bar that extended out over her bed with a rope and pulley for her to exercise with to help get the movement back in her shoulder. She eventually got almost full movement.

She made a full recovery from the shoulder surgery but never did get back the level of activity that she had before the shoulder pain began.

I suspect that she may have been experiencing the beginning of the Alzheimer’s disease that finally got her, although none of us recognized it at the time.