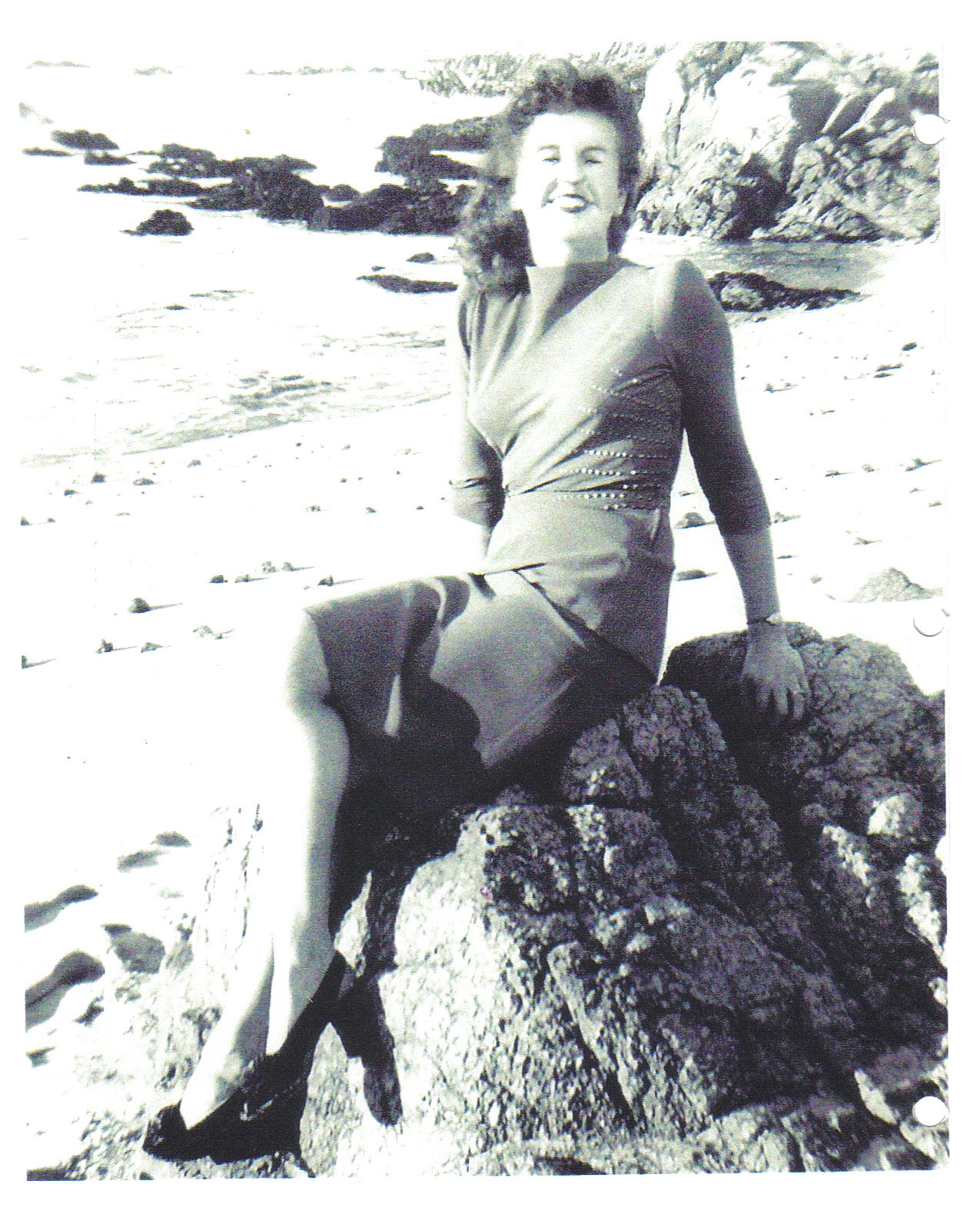 The story that I am going to tell about this memory of Phyllis is a tribute to her love, loyalty and demonstrated devotion to me. Som may find it too revealing but it is what happened, and I am proud of her for it. The story is sited at the Del Monte Hotel in Del Monte, California in the fall of 1944.

The Navy had taken over the Del Monte Hotel and was using it for a Primary Electronics School where they were teaching the students, including me, to service and repair Radar and Sonar and the like.

Phyllis and baby Margie, who was then known by her middle name, Linda, had come to the area and rented a one room cabin in nearby Pacific Grove in order to be close to me, even though there was no guarantee that I would get liberty and be ably to visit them.

I was allowed weekends off after Saturday morning inspection, provided that I had scored 90% or more on my week’s tests. Needless to say, this was an inspirational study incentive. A 90% average never looked so good. If I volunteered to donate a pint of blood, I could skip the inspection and get on an early bus to the donation place and have the full weekend with my little family. I gave lots of blood.

We students were also allowed to have visitors one evening a week after school hours. We could stroll the grounds or sit in the car in the parking lot.

One Wednesday evening Phyllis and Margie Linda came to visit me, by prearranged plan. There were no cell phones, and there was no phone at the cabin. This visit was one of the high points of my Navy career.

My time in the Navy was generally a low time in my life. Some guys could adapt to military life and even make a career out of it. Not me. I detested it. I was not my own man. I belonged to the government.

Having Phyllis and Margie Linda in Pacific Grove where I could see them and spend a little time with them, if I maintained my 90% average,

made it much more bearable, and the midweek visits were a plus; although, they generally failed to satisfy the need of young people in love, and they were usually more of a social rather than a romantic nature.

This particular Wednesday evening we met at the prearranged time and place, in a fairly remote corner of the parking lot and we were sitting in the car. Little Margie was in the back seat and I was loving Phyllis up a little bit, when I discovered that she was not wearing any panties under her pretty blue dress!! This got my attention.

Just about the time I made this discovery, Phyllis said, “I put my diaphragm in.” It struck me. Wow!! It’s getting dark, and there’s no one around.

I’ll leave the rest of this story to the reader’s imagination, and the reader will probably be right.

When I finally said goodbye to Phyllis and Margie Linda and went into the dorm, the guys were mostly in little groups. Some of them were talking about school work, but most of them talking about women.

I smugly thought, “You guys have no idea.”

Phyllis’ gift had brightened a low place in my life, filled a need for both of us, and strengthened the already powerful bond between us.

This bond would last another 65 years.

Is it any wonder that I cry?