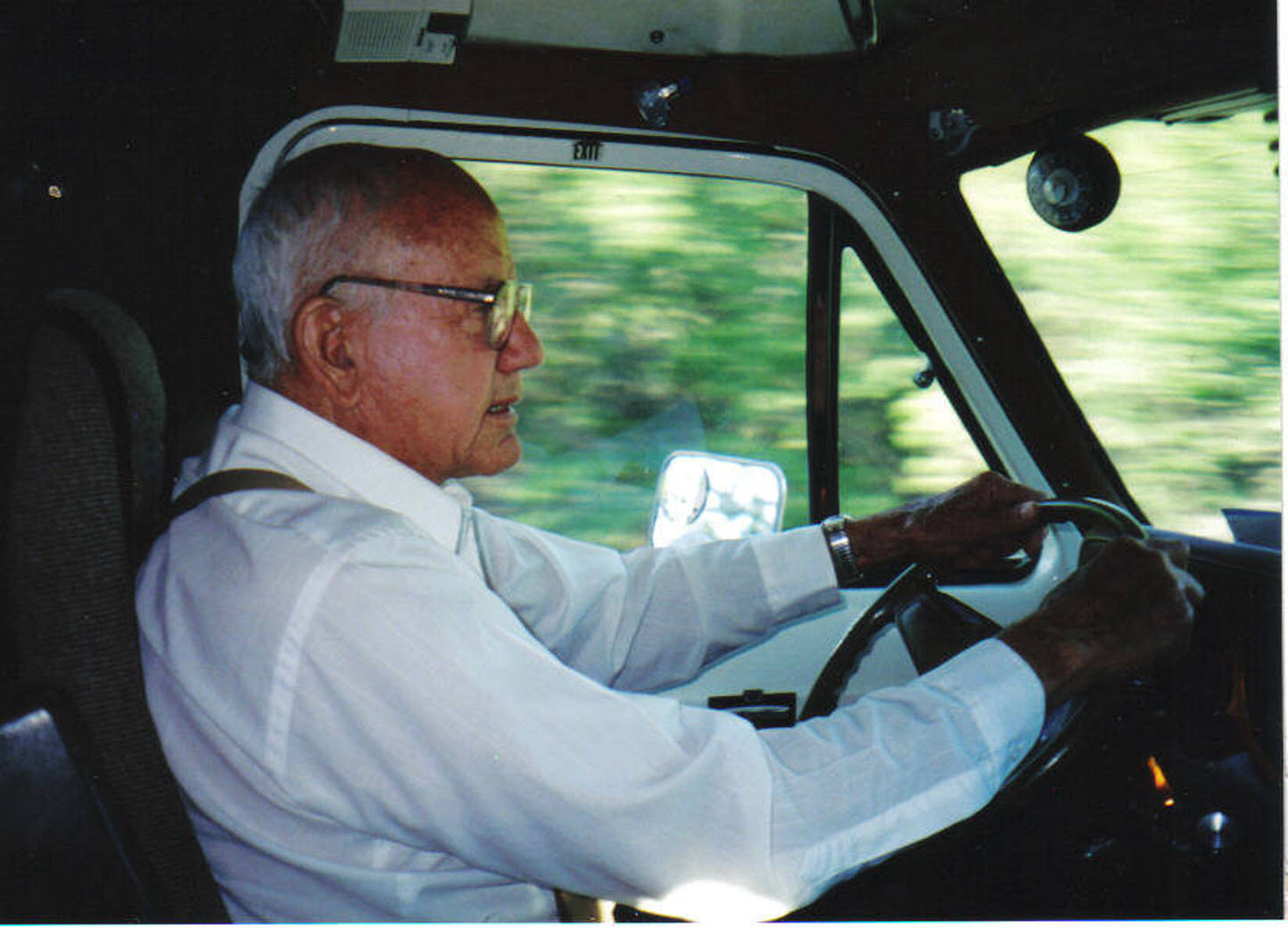 Phyllis worked in the office as a receptionist, a secretary, a bookkeeper and a good buddy to anyone who came in and wanted to talk, of which there were many. It’s a wonder that she ever got anything else done!

Sometimes she and I would eat lunch together, either brown bag or a quick bite at a restaurant. Sometimes when I was out making rounds of the jobs and got hungry I would go home and fix something, usually a hot dog or two, because they were so easy.

My way of warming the weenie was unconventional but easy. Most cooks warm the weenies in hot water or in a frying pan. I would just put the weenie on the burner of the gas stove and light a low fire under it. This worked fine. It gave it a campfire flavor. By the time I had the ketchup and mustard and onions on the bun the weenie was ready.

One noon as I was doing this, Eileen Bloom, an old friend of ours, stopped by, seeing the car and thinking Phyllis was home. I told her “Phyllis aint here but I’m making hot dogs, d’ya want one?” She said, “Sure.” So I cooked her one. She marveled at my method and told me that it tasted real good. So far everything was fine except that she unknowing squealed on me. She bragged, on my behalf, to Phyllis about what a neat method of warming weenies I had! I didn’t know that I was doing anything wrong, but I found out.

The next time I saw Phyllis she said, “Now I know where those nasty little greasy marks on my stove have been coming from!”

My orders were “DON’T COOK WEENIES ON THE STOVETOP!”

I agreed to comply. But I only partly complied. I still cooked my weenies on the burner, only I would wrap them in foil. This not only prevented the mess (which I had never noticed) it helped to distribute the heat so that the whole weenie was warmed fairly equally, not just the part that was over the fire.

I still cook my weenies this way, and I continue to use the foil, partly to distribute the heat and to keep the burner clean but mostly in honor of Phyllis.