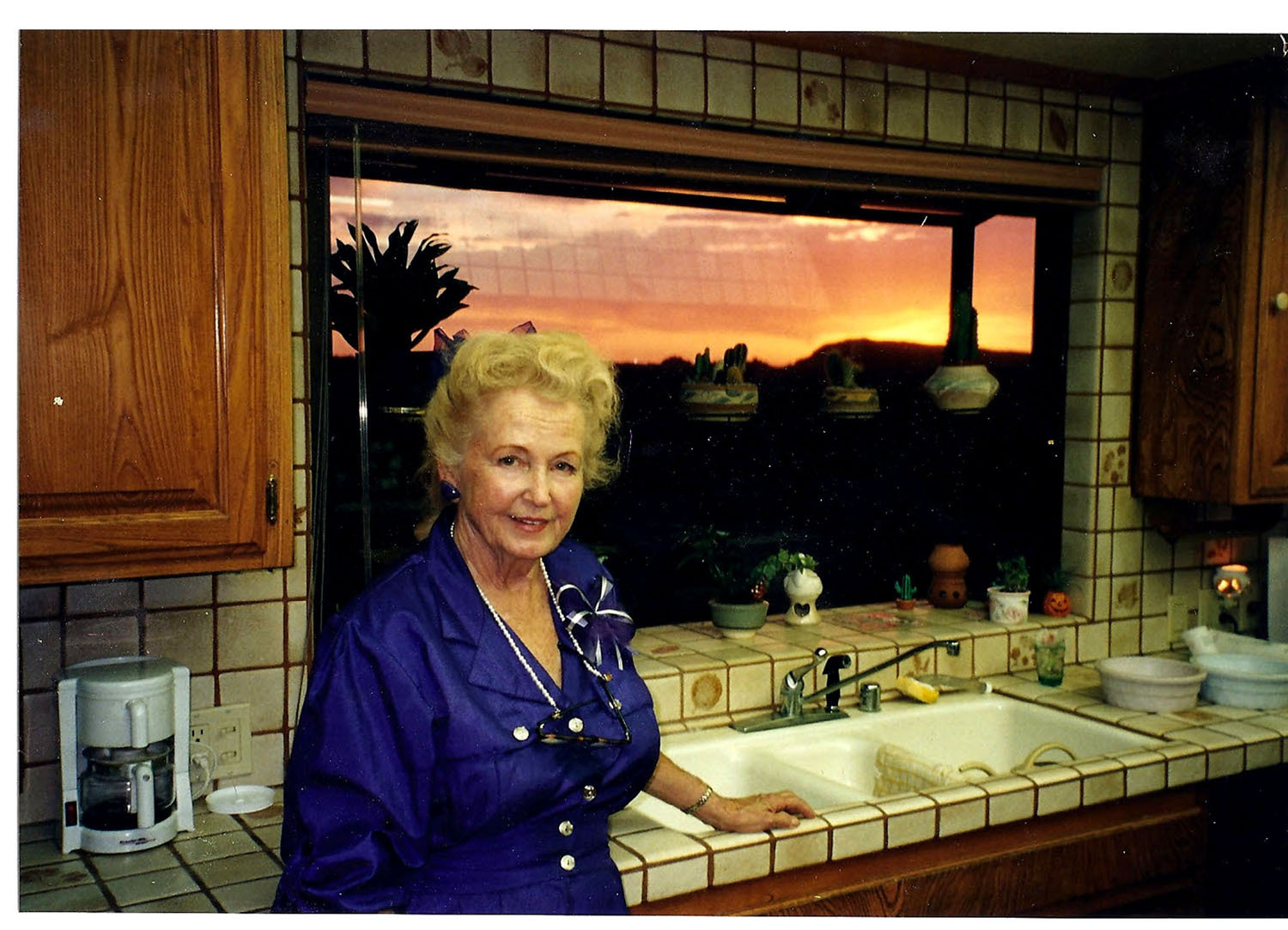 In 1972 Phyllis and I built a house for Lenny Brewster. It is a big, rambling, rustic, ranch house on a hill on 13 acres of native desert. Lenny and I never had a contract on this job. When he first talked to me about the job, he said, “I suppose that when you say you’ll do something, it means that you’ll do it?” I said, “It does.” Then I said, “I suppose the same applies to you?” He said, “Yes.” We shook hands and went to work. I was to work for a predetermined fixed fee and he was to pay all the bills.

Being in the land business he did this, as much as possible, by trading deeds and trust deeds for material and labor and sub contracts. This included my pay. Phyllis and I ended up with pieces of land and trust deeds that brought us income for years and actually helped us to retire.

Although we had started the job with full and complete plans, Lenny made many changes and additions as the job progressed. One day, along about the middle of the job, he said to me, “It seems to me that you are doing a lot more than you agreed to do.” I said, “Well, I guess I have been.” He said, “How about if I raise your fee?” I said, “Oh that would be fine.” He said, “How about if I double it?” I was speechless. When I didn’t speak, he said, “What’s the matter? Isn’t that enough?” I said, “Yes, Lenny, that’s enough.”

It’s plain to see that Lenny was a great guy to do business with. The house came out super good and Lenny and I were close friends until Leukemia took him at a much too early age. He was 15 years my junior and should still be out there wheeling and dealing.

In the mid 90s there was a bad real estate slump, and following Lenny’s death, the house was on the market. One day Steve Mortimore told me, “They just reduced the price on the Brewster house again.” I told Phyllis about it and said, “We ought to go look at it.” (I meant, just look at it for old times sake).

If I didn’t want to buy it, I should have never said that! We drove over to the back drive. The gardener was there so the chain on the driveway was down and we drove into the yard. Phyllis had always liked the place and she just fell in love with it all over again. I, of course, liked it to, but I liked it fine at Ricaree. I did some calcs and told her that it looked like it would cost about four times as much to live there as on Ricaree. Phyllis was the financial manager and she said, “I think we can do it.

I talked about how we were both in our 70s and that people 20 or 25 years younger than we were, were moving out of their big house, because their kids were grown and gone. Our age was not a problem to her. She said, “If we could just have it for 5 years.” She said that many times. She really wanted it. She had it for 12 years. I’m so glad that I let her have it.

The actual decision happened like this:
One day we were looking at the house and we were sitting with Betty, who was the agent, and Don Ferarrese, in what is now the big room, talking about the house. Betty said to me, “Brian, do you know why you should buy this house?” I thought, “Because it’s a real nice house? Because it sits up on a hill? Because it has a lake and a swimming pool? Because it is on 13 acres of natural desert land? Because it has a beautiful view both front and back?” Before I could think of anymore reasons, Betty said, “Because you love Phyllis!” That was it. Where could I go from there? What other reason was needed? So we bought it.

It needed some fixing but who better to fix it than the crew that built it? We did lots of fixing and made many improvements, and though it is expensive to live here, it has been a great 12 years.

Betty and Don live just over the back chain link fence from us. They are old friends. One of Phyllis’ favorite things was to ride our electric scooters around the lake on a pleasant evening, where we frequently would find Betty and Don sipping a glass of wine on their patio. They would drag a couple of chairs over to the fence and hand us each a glass of wine, and we would have a fence party.

Phyllis got great enjoyment out of this place and I still love the place and have no intention to ever leave, but it’s sure not the same without her.

I thought this story was going to end here but there is more, and at the risk of being a bore, I will tell it. This involves going back into Lenny’s life a few years.

While Lenny and I were building the house, he would like to compare himself and Sally, his wife of 30 years, to Phyllis and me as true and devoted forever, loves, but sometime in the 80s they split. It was a shock. I heard that Lenny had said, “I just fell out of love with Sally.” It was hard to believe.

Lenny remarried. His new wife, Joan did not break up his marriage with Sally. They met after he and Sally had split. This was a stormy marriage. He moved out of the house that we had built and lived in his motor home. Not too long after that, he died of Leukemia. His will provided a generous inheritance for Joan, even though their marriage was short and stormy, but Joan wanted more.

Now back to our purchase of the house. After Betty told me why I should buy the house, we signed papers, went to escrow, and were getting ready to move. Shortly after we opened escrow, Joan walked into the escrow and presented a paper stating that she was filing suit against Lenny’s estate. This made it impossible to consummate the sale, so we considered it a failed escrow and cancelled it. We still wanted to buy the place so we watched the suit proceedings, attending some of the hearings. Finally after about seven months, the suit was settled and Joan lost. The Ferarrese’s had made arraignments with the escrow and the title company to close the escrow in a record one day, just in case Joan was to try something else. It was not quite the same the second time. The first time I had beat them down $65,000 and since they had to have the full price to pay off the loan, they had agreed to throw in two other pieces of property to make up the $65,000.

The second time, there was another buyer who had agreed to pay the full price. The Ferarrese’s said that they wanted us to have it, but just had to take the best offer. They said, “Go home and talk to Phyllis about it and let us know soon.” I said, “I don’t have to talk to Phyllis. She wants it. Let’s go to escrow.”

And so we bought the Brewster house. Phyllis had said, “If we could just have it for 5 years!” She had it 12.