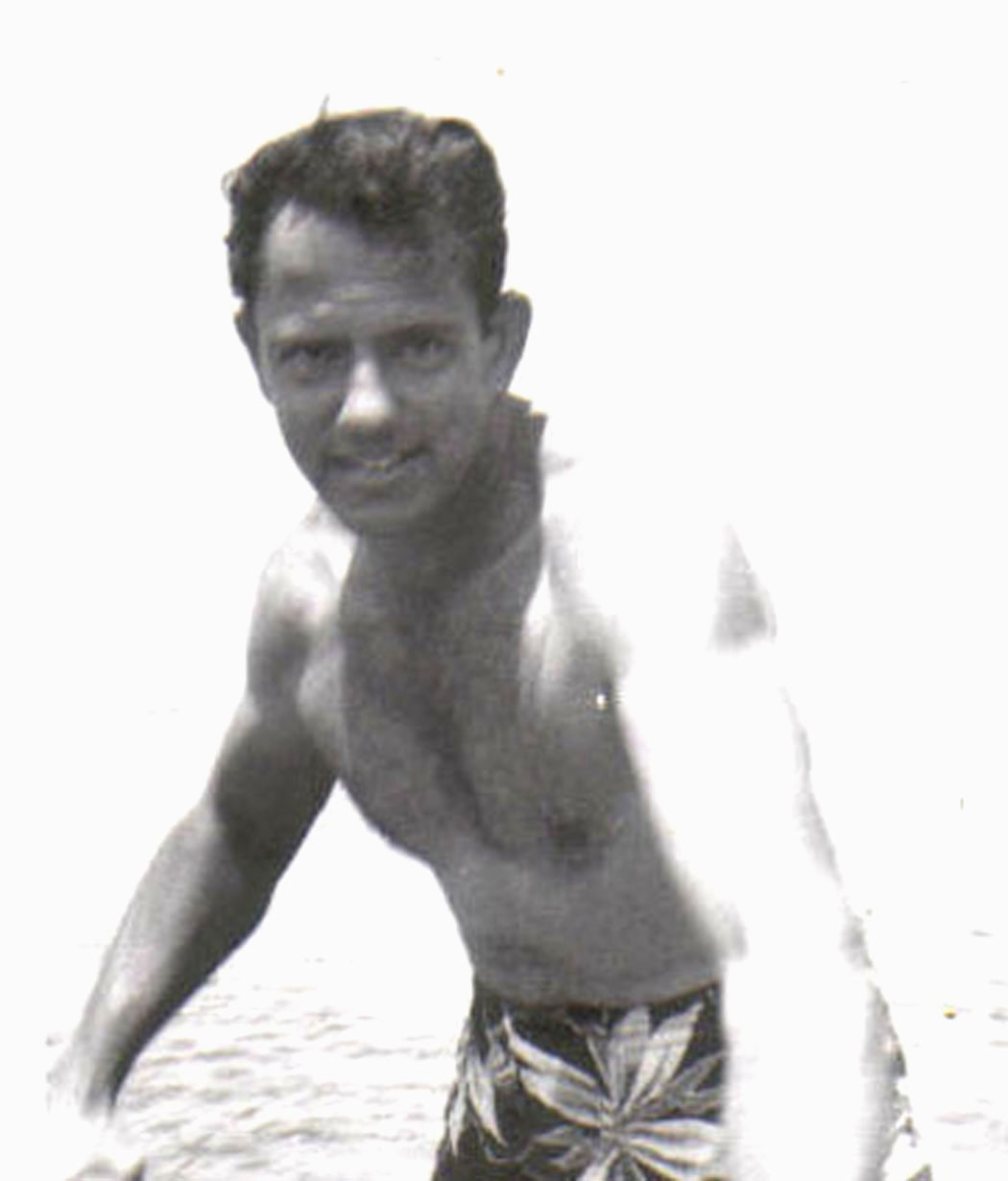 Over the years both Phyllis and I, when the weather allowed, went barefoot around the house quite a bit.

Since my feet were bare quite a lot, I developed considerable dexterity with my toes. Some of this dexterity probably came naturally as other people who go barefoot usually don’t have this dexterity.

I could open up the space between my big toe and the next toe and grab things. I could pick up marbles off the floor and, more useful, assist in climbing ropes by gripping the rope with my toes. This ability served me well in Navy Boot Camp where groups of us Boots would practice rope climbing and do abandon ship drill all in one maneuver.

We would have to swim out to the center of a big, all deep water, indoor swimming pool where five or six ropes were hanging from a bridge like structure about thirty feet above the water that ran the length of the pool.

The object was to climb the ropes to the bridge, get on the bridge and then, on command, jump off the bridge and into the water. There was a proper technique to this jump. It must be done with arms tight to the sides of the body and hands clasped in front to keep the arms tight against the body.

The reason for this technique is that if, in abandoning ship, the jumper’s arms are left free, away from the body, when the jumper’s body enters the water his life jacket could rise up and throw his shoulders out of joint! The arms clasped to the body prevent this.

The ropes had knots in them about every foot and a half, to make them easier to hold on to; still only about half of the men could climb the ropes. The others had to climb up the ladder to the bridge. I, with my prehensile toes, just grabbed the rope above the knot and walked right up it like a ladder.

This caused amazement in the men and consternation in the instructors. They wondered if I should be allowed to do this. The verdict was OK! He climbed the rope!
This unique ability enabled me to play a little trick on Phyllis (and also on Margie, so she reminds me). I would walk up behind Phyllis and grab the back of her ankle with my toes and squeeze. She would jump and holler, “That hurts!” (How much can a toe squeeze hurt?) Then she would turn and pop me on the chest and glower at me.

I had another neat trick that I would play on her that had nothing to do with toes.

When I was sitting at the table and she was standing beside me serving my plate, if she was wearing a skirt, I would sometimes reach out and run my hand about half way up her thigh.

This also caused a jump and a yell and a pop on the chest, only this time the pop was usually accompanied by a wry little smile.