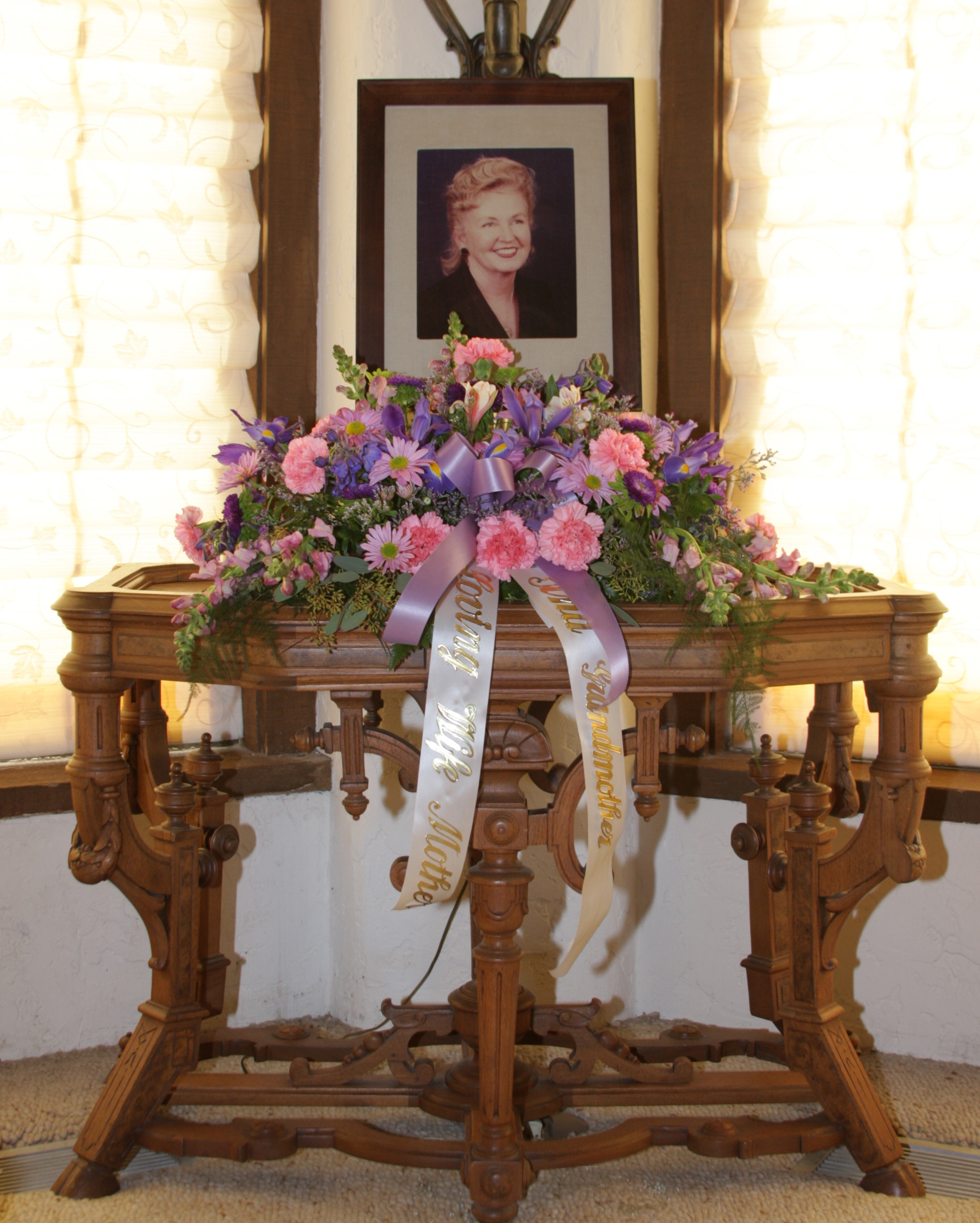 My beautiful Phyllis died December 12, 2008, from Alzheimer’s disease. The disease was kinder to Phyllis than it usually is to its victims, in that her decline in the initial, perhaps 3 years, was gradual allowing her to live a fairly normal life until close to the end. Then the decline accelerated, and she went down rapidly. I took her to breakfast two months before she died, and she was able to walk, with a walker, in and out of the restaurant and she was able to order her meal off the menu. She hosted a Kiwanis installation at our house in late September about
2½ months before her death. She never did get to the stage that she didn’t know her family and friends, as some Alzheimer’s victims do. She seemed to fail physically more than mentally. With her balance and stability going first, to the extent that she was in danger of falling, and she did take several falls.

In the initial stages of the disease she would say, “When I get well,” as she thought that she was going to recover. Later on she lost the will to live and would say things like, “I wish I would just go to sleep and not wake up.”

I strongly considered taking her out and going with her. I suppose that since her decline was so rapid it’s best that I didn’t. I hope I did the right thing.

As Phyllis was going through her decline, I thought that my heartbreak over the loss of her would be considerably diminished by the time of her death, because she seemed to be leaving us gradually.

It wasn’t. I think that during that difficult period I was preoccupied with the present, and my thoughts were not going back to the earlier years when she was young and beautiful and strong and capable and vital and vibrant and sexy and everything else that a man could ever want. After her death these older memories came flooding back, bringing me pain, but also thankfulness and a kind of hurting happiness that I had her so long.

I am going to include a writing that I wrote to be read, at her visitation, at the cemetery which was attended by just six family members, (I could not read it myself. I would breakup and cry). Our son Jim read it for me and he read it at the celebration of her life that was held at our home, attended by a couple of hundred people.

MY SADNESS AND GRIEF ARE INCREDIBLE, BUT THEY ARE TEMPERED BY A WARM FEELING OF HAPPINESS AND THANKFULNESS THAT I WAS ABLE TO HAVE PHYLLIS AS MY OWN FOR ALL OF THESE DECADES.
AND I’M SO HAPPY AND THANKFUL THAT I TOLD HER SO MANY TIMES HOW MUCH I LOVED HER. I HAVE NO REGRETS.

I WROTE POEMS FOR HER AND MADE ANNIVERSARY AND VALENTINE CARDS FOR HER, AND CONTINUALLY MADE HER AWARE HOW MUCH SHE MEANT TO ME.
I AM GOING TO READ A COUPLE OF THE ANNIVERSARY POEMS TO YOU.

THE FIRST WAS WRITTEN IN 1984 FOR OUR 42ND ANNIVERSARY. IT IS ENTITLED—
I BOUGHT A CARD.

AND TELL YOU, THOUGH I’M SURE YOU’VE KNOWN
HOW THROUGH THE YEARS MY LOVE HAS GROWN

THIS POEM WAS WRITTEN IN 2003 FOR OUR 61ST ANNIVERSARY.
IT IS ENTITLED—
MY LOVE FOR YOU

MY LOVE FOR YOU WAS MEANT TO BE
FOR ALL OF TIME, ETERNITY

I’VE LOVED YOU AS YOUNG LOVERS MUST
WITH FORCE OF PASSION, NEED AND LUST

I’VE LOVED YOU AS A LOYAL WIFE
THE PURPOSE, MAINSTAY OF MY LIFE

I’VE LOVED YOU AS A GORGEOUS GAL
MY BUSINESS PARTNER, HELPER, PAL

MY LOVER, PARTNER, HELPER, FRIEND
MY LOVE FOR YOU WILL NEVER END

I’VE TOLD AND WRITTEN THINGS LIKE THIS TO PHYLLIS MANY TIMES OVER AND NOW, IN THIS TIME OF GRIEF, THIS KNOWLEDGE HELPS ME BEAR THE PAIN.